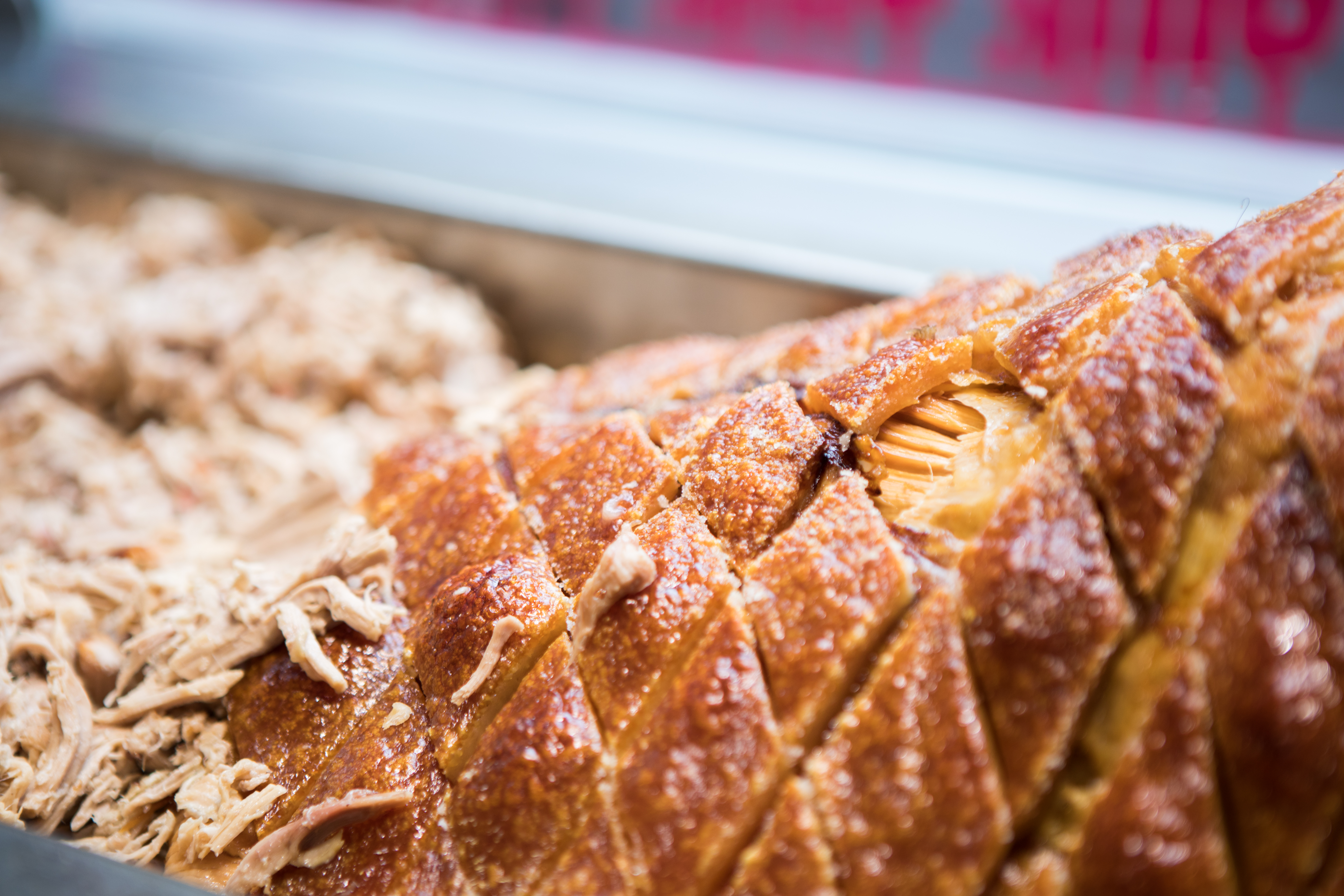 A history of pulled pork

Pulled pork cooking has its roots in the Southern United States, where early settlers brought pigs with them when they arrived. As cattle perished, pigs were the only animals that could survive the weather conditions, hence the reason why pork was the only variety of meat available to the settlers. Eventually the pulled pork method of cooking was invented.

Pulled pork is a method of cooking pork over a low heat for an extended period of time, slowly softening the connective tissue of the meat so that it can be pulled apart by hand and where pork is cooked to a very tender consistency. Traditionally it involves cooking pork over a low smoky fire for a long time but this can also be achieved by long slow roasting in a conventional oven too. Several culinary traditions have a history of pulled pork and many people associate it specifically with the American South, where it has almost become an art form and a common dish served at parties and celebrations. But making pulled pork at home is time consuming.

The definition of pulled pork is the softness of the meat once it has finished cooking but the dish can be prepared with a wide range of sauces and rubs. Depending on the region, you may see pulled pork with spicy sauces, sweet mellow sauces or tangy sauces inspired by regionally available spices. In Tennessee pulled pork is made with arm and blade shoulder meats and is served with a tomato condiment, whereas the North Carolinians have pulled pork made from both mixed cuts and shoulder cuts with a vinegary sauce or without any sauce. The Southern styled smoked pork is also commonly referred to as pulled pork. Our own particular regional slant combines Scottish pulled pork with haggis- a delicious and truly Scottish combination which many of our customers absolutely love. Other delicious combinations are available too!

In addition to Southern US cuisine, pulled pork also appears in Polynesia, many parts of the Caribbean and parts of Southeast Asia, thanks to abundant pig populations in these parts of the world. The shoulder cut of pork, or mixed cuts, at times referred to as the Boston Butt, is commonly used for pulled pork cooking. Although basically the name pulled pork is derived by the action of being able to pull the pork by hand, other forms such as sliced, chopped and shredded are also often referred to as pulled pork.

As we can testify at Oink, pulled pork is extremely popular when served on a roll (or a bun as our American cousins would call it) as a sandwich. The tenderness of the meat is one factor that seems to have made pulled pork recipes a real favourite with many, though the long cooking time is much less appealing to the home cook.

Fear not, there’s always a succulent hog roasting at Oink to keep lovers of pulled pork this side of the Atlantic very happy indeed. Enjoy!