Pigs in the city 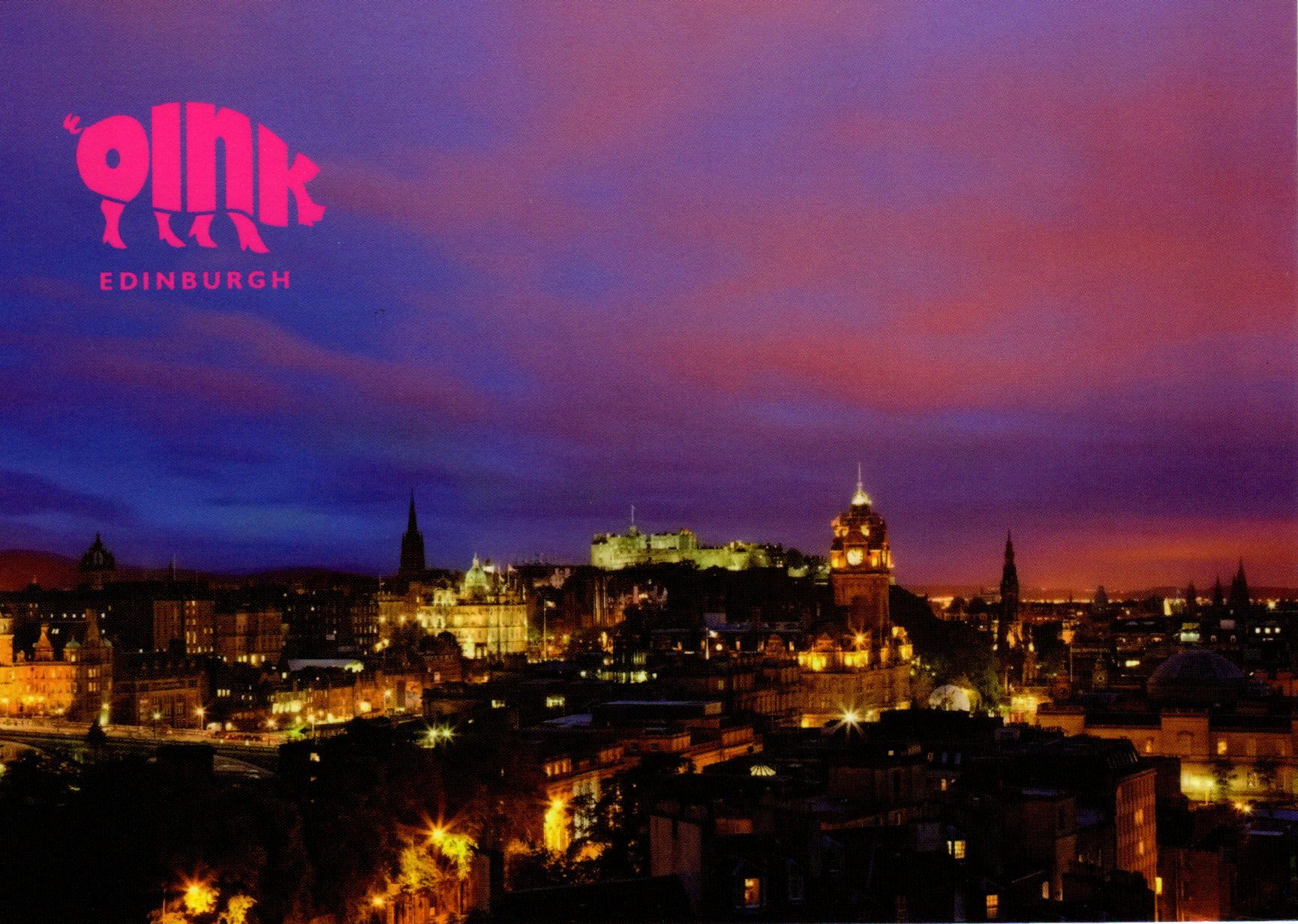 As Britain’s second most visited city after London, Edinburgh truly is a world class place to visit at any time of year.

Almost every inch of Scotland’s stunning capital city is a reminder of its fascinating history. Once you explore the narrow, cobbled alleys of the Old Town and the elegant crescents of the New Town, you’ll soon see why they’ve been jointly awarded UNESCO World Heritage Site status. With so much to see and do, it can be hard to know where to start exploring. But we recommend a great place to start is the Royal Mile, home to the iconic Edinburgh Castle at one end and the Palace of Holyroodhouse (the Queen’s official residence in Scotland) at the other discover here. As you make your way along the Royal Mile, you’ll pass St Giles Cathedral, The Real Mary King’s Close underground tour and the amazing Scottish Parliament building.

There’s always something going on in Edinburgh but if you are interested in arts and culture then a visit to one of Edinburgh’s Festivals is an absolute must. Each August, people from all over the world flock to the city for the Edinburgh Festival Fringe, the largest arts festival in the world and the iconic Royal Edinburgh Military Tattoo. And come December, if you are looking to celebrate the New Year in style then don’t miss the city’s spectacular Hogmanay celebrations.

And if you enjoy a little retail therapy, Edinburgh certainly won’t disappoint. Head to world famous Princes Street and George Street and for luxury brands look no further than Multrees Walk and Harvey Nichols in St Andrews Square.

After setting the scene like this we are very proud to be located in two of Edinburgh’s most famous and iconic streets and thought it would be fun to let you know some interesting facts about them and the vicinity.

VICTORIA STREET
Did you know that JK Rowling based magical shopping street Diagon Alley in Harry Potter on Victoria Street ?

The street is of course located in the Grassmarket, which was from 1477, one of Edinburgh’s main market places, a part of which was given over to the sale of horse and cattle (the name apparently deriving from livestock grazing in pens beyond its western end.

In 1803 William and Dorothy Wordsworth took rooms at the White Hart Inn, where the poet Robert Burns had stayed during his last visit to Edinburgh in 1791.

In his 1961 film Greyfriars Bobby, Walt Disney chose a lodging in the Grassmarket as the place where the Skye terrier’s owner dies (depicting him as a shepherd hoping to be hired at the market rather than the real-life dog’s owner, police night watchman John Gray.

CANONGATE
The Canongate is the lower section of the famous Royal Mile and ends at the Palace of Holyroodhouse which was built in 1501.  It was only incorporated into the city of Edinburgh in 1865 before that it was a separate burgh and had a history and culture all of its own.

Did you know that Bovril can trace its roots back to the Cannongate?  An early version of the drink was made by a Cannongate butcher John Johnstone who developed “Liquid Beer” by using spare beef and gelatine.  He emigrated to Canada and there further marketed his drink coming up with the name Bovril (from Bovis Latin name for a cow and the word Vril).

HANOVER STREET
Like many other streets in the New Town, Hanover Street was named in honour of the monarchs on the throne at the time of its construction.

The Hanoverian dynasty ruled Britain from 1714 to 1901, and George III was the reigning monarch at the time of Hanover Street’s construction in 1786.

After the First World War there were proposals to change the name to something less German-sounding, but they were unsuccessful and Hanover Street remained.