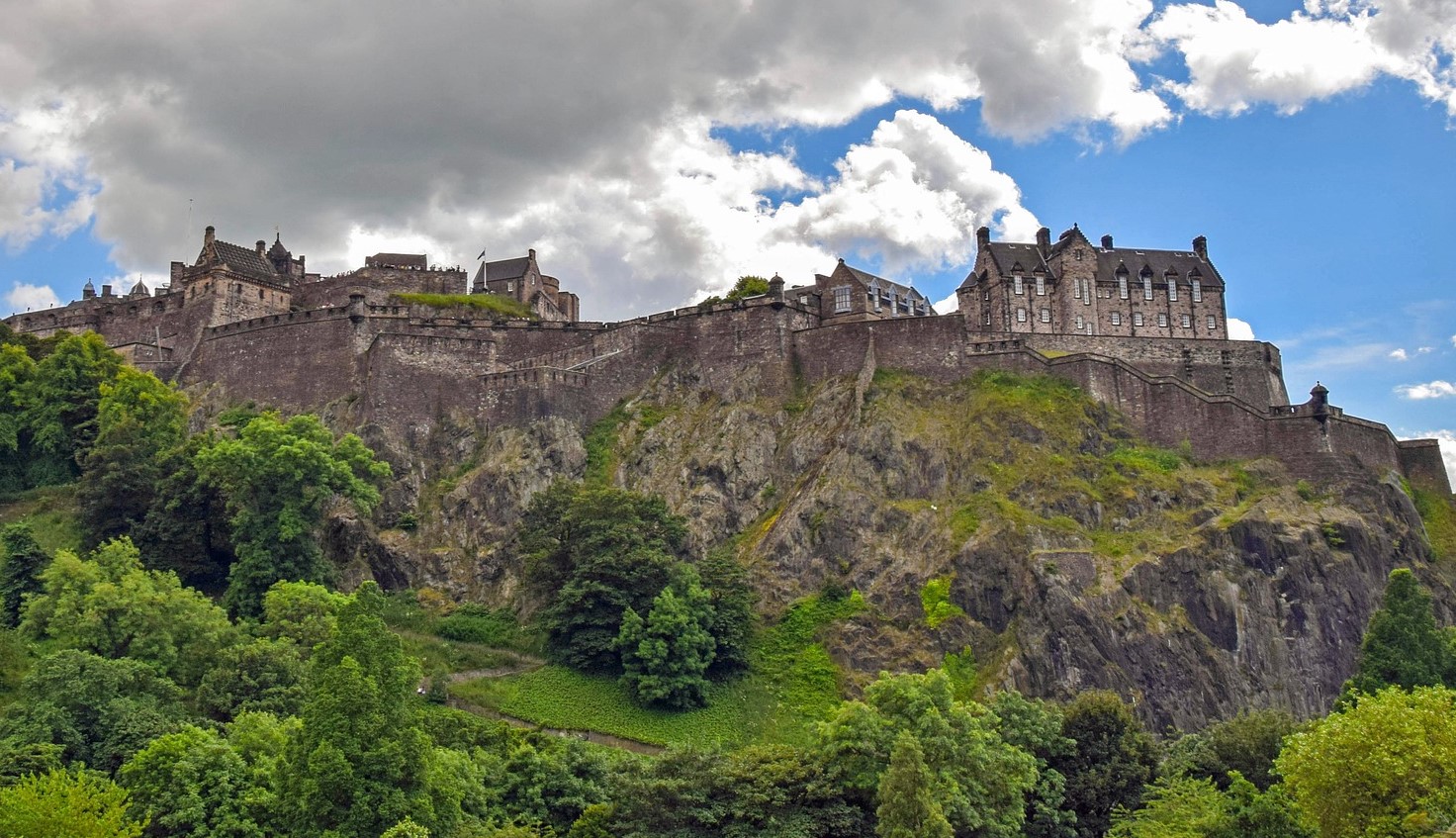 Here are twelve facts that you might not know about Edinburgh.

1) Edinburgh Castle sits on Castle Rock, a 700 million year old extinct volcano. At 1pm every day (except Sundays), the ‘One O’Clock Gun’ fires a shot from the castle.

2) The Royal Mile is actually one mile and 107 yards long.

3) Edinburgh is the greenest city in the UK, it has 112 parks and more trees per head of population than any other city in the U.K.

4) Much of J K Rowling’s inspiration for the Harry Potter books derived from Edinburgh. In fact, she wrote the majority of Harry Potter books while living in the city and you can visit the Elephant House Coffee Shop and Balmoral Hotel where she spent time writing the novels. You can also visit the Edinburgh locations which inspired the books including GreyFriars Kirkyard and Victoria Street (Diagon Alley).

5) Edinburgh Zoo is home to the world’s only knighted penguin and his name is Sir Nils Olav. The King penguin’s role includes inspecting the Norwegian Guard on their visits to the Scottish capital and since his knighthood in 2008, he’s since been promoted in the ranks to Brigadier.

6) St. Margaret’s Chapel, located within the walls of Edinburgh Castle, is the oldest surviving building in Edinburgh. It was built around 1130, in memory of Queen Margaret, who is said to have died from a broken heart after the death of her husband, Malcolm III of Scotland.

7) “You’ll have had your tea?” was once a common Edinburgh greeting and is still used today as a way to avoid putting on the kettle. It is believed the phrase originated in the 18th century with a nobleman named Mackintosh of Borlum who didn’t like the sound of tea-slurping at social gatherings.

8) The Edinburgh Fringe Festival is the largest arts festival in the world. There are over 3000 shows staged with a total of 50,000 performances across 300 venues. The population of Edinburgh doubles in size during Fringe with people travelling from every corner of the world just to experience it.

9) Edinburgh has not always been the nation’s capital. Edinburgh replaced Scone as the capital of Scotland in 1437.

10) Edinburgh Castle’s Great Hall has a small window high above the fireplace known as “laird’s lug” (lord’s ear) which was used for eavesdropping. The window allowed castle residents to eavesdrop on conversations taking place in the Great Hall.

11) The National Monument on Calton Hill is known as “Edinburgh’s Folly” or “Edinburgh’s Shame.” It was modelled on the Parthenon in Athens, but funding for the building ran out and it was never completed.

12) Over 75% of the buildings in Edinburgh are listed. With more than 4,500 buildings making the list, Edinburgh is home to the most listed sites in the UK after London.